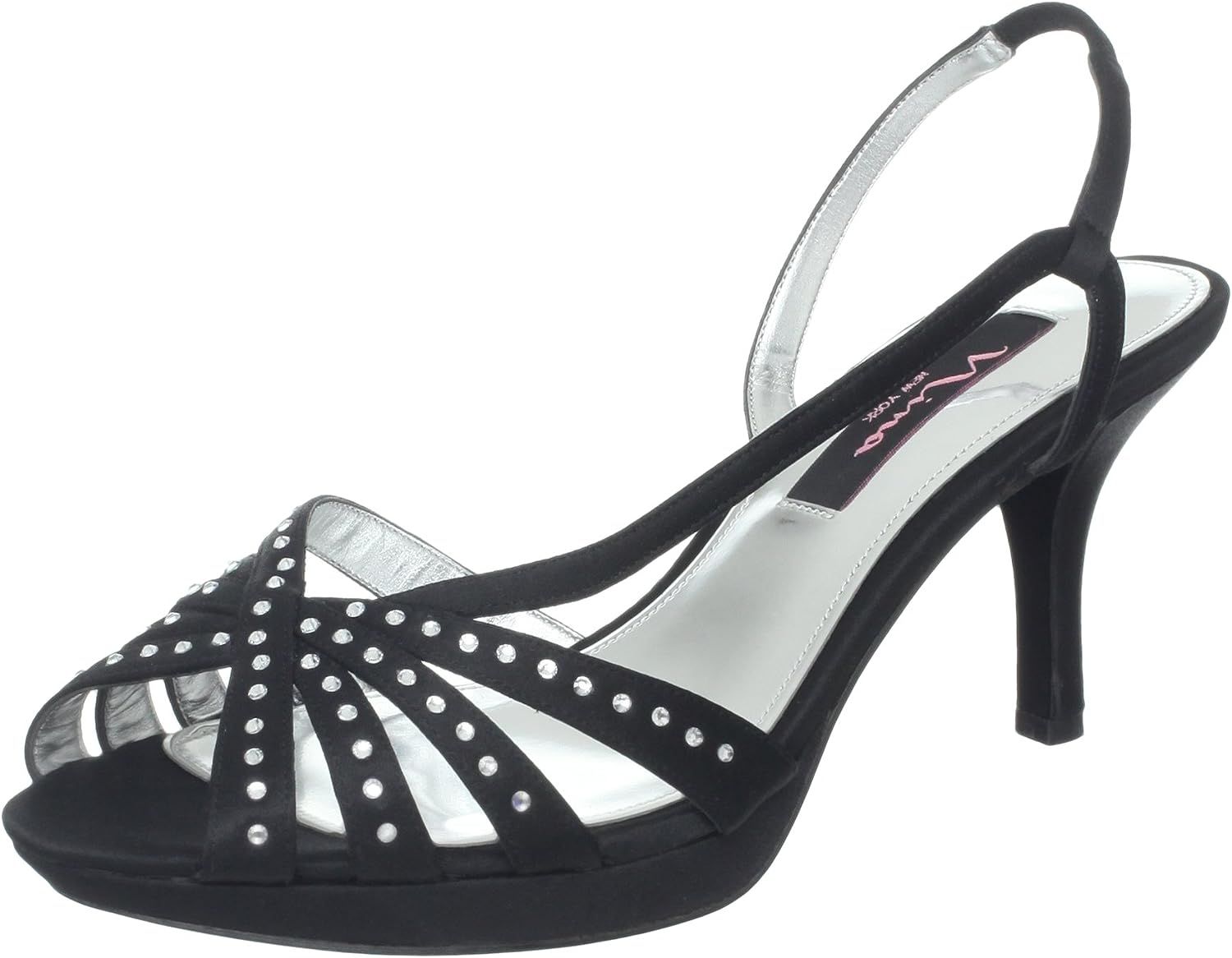 Nina Footwear is one of the few family-run fashion companies in the shoe business. In the early 1950s, Mike and Stanley Silverstein were strolling around New York when they saw a woman walk by in wood bottom sandals. They asked her about where she had bought them, and when she named a chic boutique in the city, the two brothers knew the time was right to launch their reinterpretation of the clog -- a sexy, platform slide with a wood stiletto-like heel. It was this simple slide that launched Nina Footwear. Today, Nina's sexy, well-priced shoes are widely featured in fashion magazines. A favorite of the "splurge vs. steal" columns, Nina is frequently shown as the only fashion item under $100 along side of shoes priced from $300-$700.