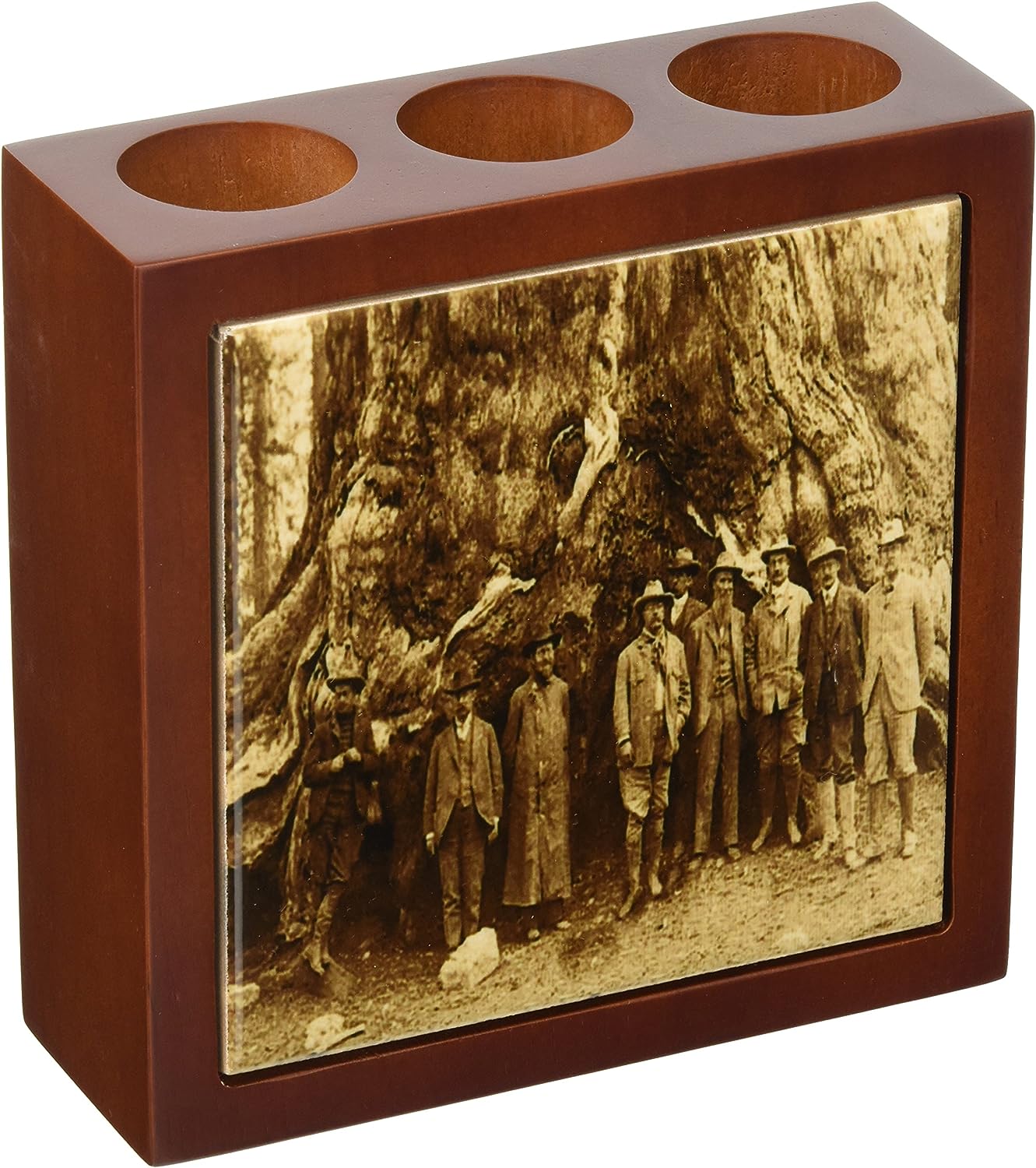 Teddy roosevelt and john muir beneath a redwood tree sepia tile pen holder is great on a desk or counter top. Made of high quality solid wood with a satin finish. Image displayed on one inset high gloss 4.25 by 4.25-inch ceramic tile. Overall size is 5 by 5 by 1 2/3-inch with 3- 1 1/3-inch top holes.

Display your favorite photograph on a light switch cover, desk clock, wall clock, porcelain plate,t-shirt, sweatshirt, mouse pad, mug, tote bag and other products. It makes a great gift for any holiday or occasion. Purchase it as an original gift for your loved one or keep it for yourself to enjoy as a memory keepsake. Convenient shopping cart makes it very simple to order.Our products are made utilizing unique process and high tech equipment.